The OC Mart MIX in Costa Mesa has quickly become one of the hottest foodie spots in Orange County. With specialty culinary shops & restaurants that cover the gamut of everything a gastronome could hope for, the MIX is a foodie wonderland.

I must admit that deep-down I am a hard-core Sci-Fi nerd. (I grew up with two brothers, what can I say?!) So, I can’t help but equate a lil’ something from Marvel Comics with what’s happening at The OC Mart MIX these days…. Because, when Iron Man, The Incredible Hulk, Thor, Captain America, Hawkeye & Black Widow team-up to save the planet, it’s called ‘The Avengers.’ So, when The Iron Press, Savory Spice Stop, Portola Coffee Lab, The Cheese Shop and N’ice Cream combine forces to create the ultimate dessert, you get ‘The Wafflegato.’ The result of an Avengers-style collaboration of OC Mart MIX vendors in which each superhero brings a specialized strength to the team – making the final result stronger than the sum of its individual parts. What you get is a seriously kick-a** gourmet foodie dish that you want to stick your face in. 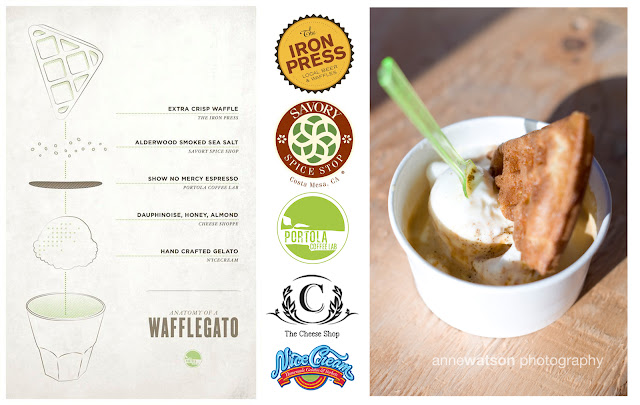 The Wafflegato (a play on the term ‘Affogato’ – an Italian dish in which espresso is poured over vanilla gelato or ice cream) was served at a specialty station in the MIX as part of the SoCo Collection’s Friday Night Foodies Art Walk this past Friday, June 8th from 5-8pm. The station was manned by Portola Coffee Lab’s Store Manager & Director of Marketing, Jeff Clinard – and after just one hour of service, N’ice Cream had to make another batch of the in-demand Dauphinoise cheese Gelato. Needless to say, it was a hit. 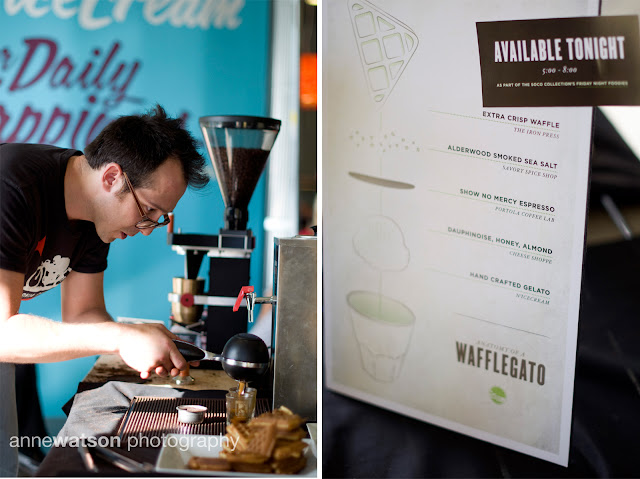 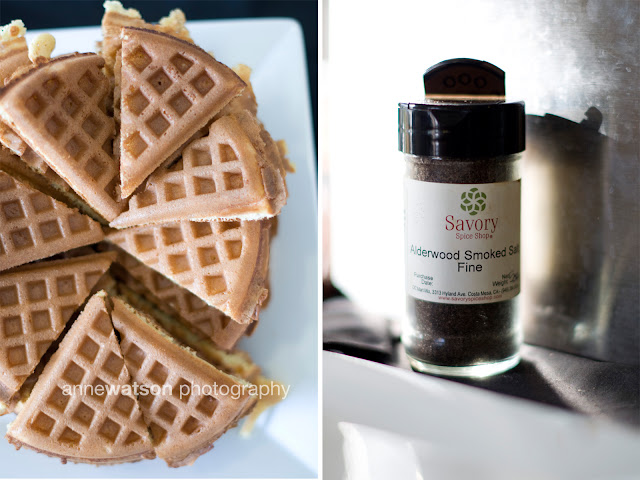 This will likely be just the first of many culinary collaborations that these vendors create for Friday Night Foodies. Stay tuned to Portola Coffee Lab’s Facebook & Twitter feed for news – and come out each week to The MIX for Friday Night Foodies from 5-8pm! Art Walk takes place every second Friday of the month – the next one will be July 13th – mark your calendars and hope to see you all there!